This ownership also gives the shareholder a right to a share in the retained earnings of the business. The unit of ownership in the business is called a share of stock.

The owners of the common stock (stockholders) own the equity in the business entitling them to a distribution of the profits. The owners control the business by appointing the board of directors who manage the business, and by voting on major issues of policy.

Common stock is a more risky investment as it has no rights to a preference for the return of capital or a dividend, and in the event of liquidation, has to wait until preferred shareholders, bond holders, other secured lenders and creditors have been paid.

The advantage of common stock is that it is entitled to a distribution of the profits of the business and generally provides a higher return on investment in the long term.

The diagram below summarizes the link between the main types of capital stock.

Authorized shares have not been issued to shareholders, and simply define the maximum number of shares the company can issue (sell).

The issued shares is the amount of authorized shares which the company has actually issued (sold) to shareholders in return for payment (usually cash).

In order to raise funds from shareholders a company will issue shares at a price. For example, if the company wanted to raise 1.4 million in cash it might issue 700 shares at a price of 2.00 each. The total value of capital stock or share capital issued is then:

Having received the cash it might be expected that the double entry bookkeeping journal would simply be as follows:

However, historically each share has a designated par value (sometimes referred to as face value, nominal value), which is a notional price per share below which the share cannot be issued. Accounting convention requires that the amount of capital stock relating to the price above par value must be shown separately as a premium on stock, usually referred to as paid in capital in excess of par value.

Capital Stock in the Balance Sheet 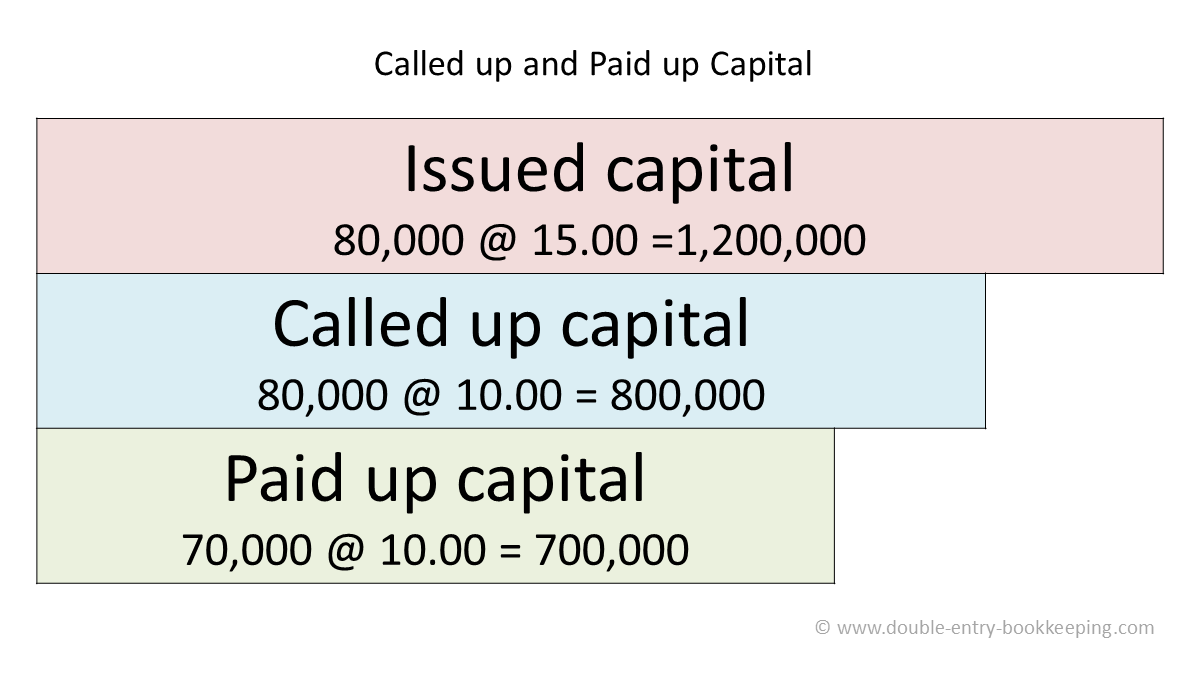 Share trading is the process of buying and selling shares in a company. It is important to note that this process goes on between shareholders and has no accounting or bookkeeping impact on the company unless the shares are issued or purchased (see treasury stock) by the company. So for example, if a company issues shares at a price of 2.00 each, and shareholder A buys a 1,000 shares, then the company will receive 1,000 x 2.00 = 2,000 in cash. Ignoring any premium the company will make the following entry