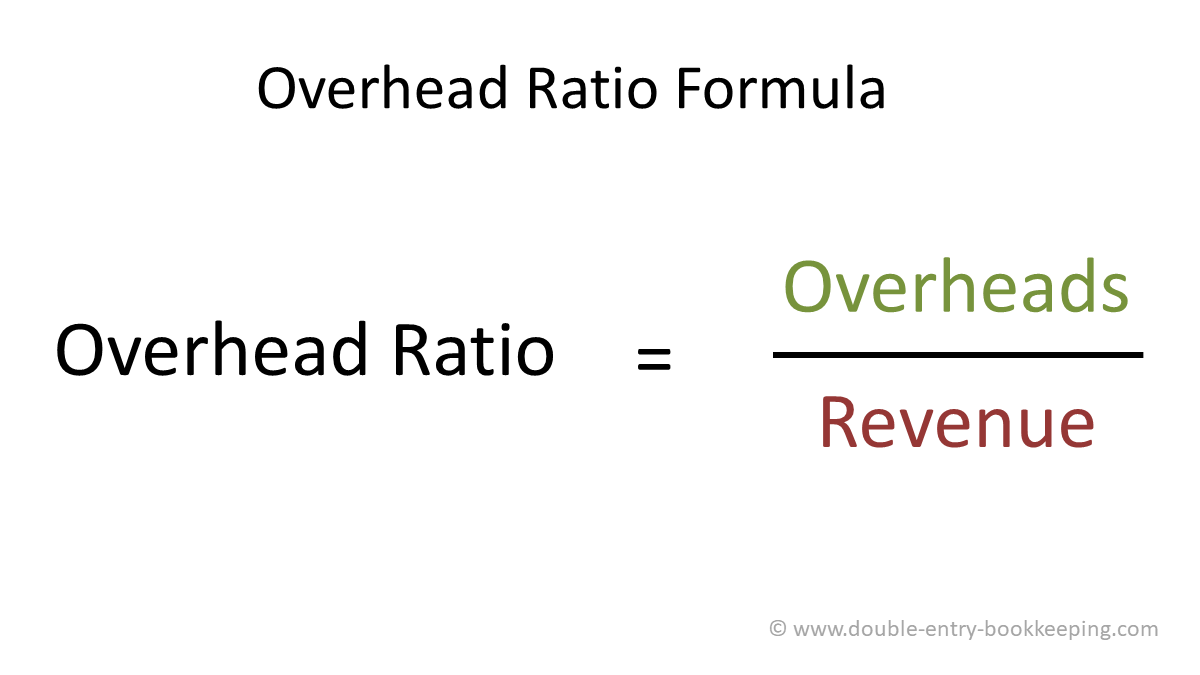 What is the Overhead Ratio?

The overhead ratio is the overhead costs of the business expressed as a percentage of the revenue (sales).

The ratio is calculated by dividing overheads by revenue as shown in the formula below.

How do you Calculate the Overhead Ratio?

What does the Overhead Ratio show?

The ratio shows the percentage of revenue (in this case 30% of revenue) that is needed to pay for the overhead operations of the business. It is generally accepted that overhead is not income generating, so 30% of all income is used in non-income producing activities.

As the business grows and takes on more employees, it might move to larger premises and incur larger overheads as a consequence, in the example below overheads have increased to 40,000.