What is ROCE – Return on Capital Employed?

ROCE or return on capital employed measures the percentage rate of return a business gets on its capital employed. It is calculated by dividing the earnings before interest and tax by the total assets less current liabilities of the business.

The ROCE formula is shown below. 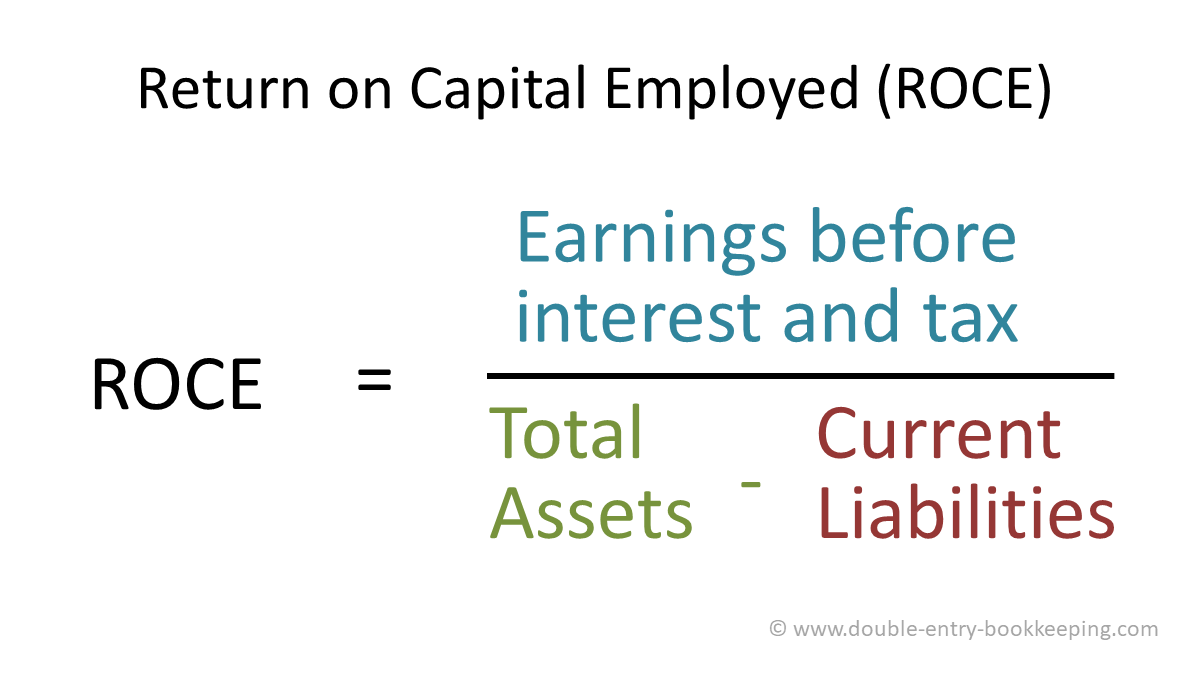 How to Calculate the ROCE

In the example above, from the income statement the earnings before interest and tax is 64,000, and from the balance sheet, the total assets are 540,000, and the current liabilities are 120,000.

The ROCE (return on capital employed) is given as follows

The bank overdraft has been included as it is considered to be a current liability. The bank and other loans have been assumed to be long term.

From the balance sheet above, it should be noted that the total assets less current liabilities is equal to the equity plus long term liabilities, so that ROCE can also be defined as follows:

The ROCE is considered to be a fundamental financial ratio for a business. It measures the ability of a business to use its money to generate earnings.

Interest is specifically excluded from the calculation by the use of earnings before interest and tax as the amount of interest paid depends on the amount of debt and therefore the capital injected by the owners. If interest was included it would distort the ROCE calculation and make it impossible to make comparisons with another business funded in a different manner.

Useful tips for Using the ROCE

Chartered accountant Michael Brown is the founder and CEO of Double Entry Bookkeeping. He has worked as an accountant and consultant for more than 25 years in all types of industries. He has been the CFO or controller of both small and medium sized companies and has run small businesses of his own. He has been a manager and an auditor with Deloitte, a big 4 accountancy firm, and holds a BSc from Loughborough University.